Using the XRP ledger can enable its user to execute a financial transaction within seconds, at minuscule costs. The XRP Ledger can also be utilized to send and receive other crypto-assets such as Bitcoin and Ethereum, with the same speed. Reports have shown that users can send anything on the XRPL, and needn’t be just XRP alone. Since the XRPL is a layer one blockchain, it sits below Ripple Net and the InterLedger Protocol, making it possible for anyone to send cryptocurrencies on the channel.

Members of the community were recently excited when news broke that a 200,000 ETH transaction took place on the XRP ledger. This one transaction opens doors to a myriad of possible scenarios in which the XRP ledger can be used.

The reason why the community was so riled up after this news broke out on Twitter was that the latest transfer opens up a variety of avenues in the cryptocurrency transfer market sphere.

Now that Ethereum was transferred on the native XRP Ledger, many users are starting to further realize XRP’s value and utility. 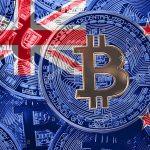 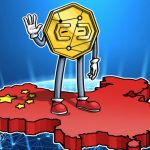