The Bytecoin team has released an updated version of their roadmap and it looks promising for interested enthusiast.

In their own words:

The Bytecoin team is happy to present you an updated version of our development roadmap. This roadmap version displays the major checkpoints which Bytecoin is going to pass in the next couple of months. The events mentioned on the list below are necessary, and some more minor releases or updates will follow as well.

We would like to have your acknowledgement with the checkpoints as the new roadmap will clarify the current development situation and shed light on the expected progress we hope to achieve.

With this release we present an internal guard mechanism (payment queue) that will be able to bear any high load instances on the network without losing transactions that get displaced from pools. We will also introduce a reworked wallet cache which is expected to help increase the blockchain scanning performance.

We will launch a public network of officially managed test nodes where Bytecoin developers will be deploying cutting-edge technological upgrades. During the testnet period, there’ll be a test coin launched on its own blockchain with the ability to mine it and send transactions in the testnet.

Along with minor but valuable modifications, the main feature of this release is the long-awaited ability to set dynamic transaction fees. Despite the appeared simplicity of the change, we needed a considerable investment in time and energy to implement this protocol-breaking improvement. This feature will be extremly valuable among the entire Bytecoin ecosystem. The idea of dynamic fees is to increase a miner’s rewards and prioritizing one transaction over another simply depends on the fee that the sender decided to include in their transaction.

This roadmap doesn’t reflect the marketing activities that we’re going to make until the end of the year, because here we have decided to focus mainly on the development strategy. However, all of our plans still remain the same, and soon we’ll make an update on them.

The upcoming releases should be considered for everyone who is involved in Bytecoin ecosystem as absolutely necessary. The effort we’re putting into this has to be kept in mind by the entire community. We will continue to give everyone the most up-to-date information, but we would be glad if every Bytecoin user and integrator would make regular upgrades to their software versions. 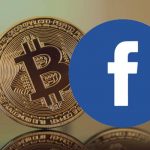