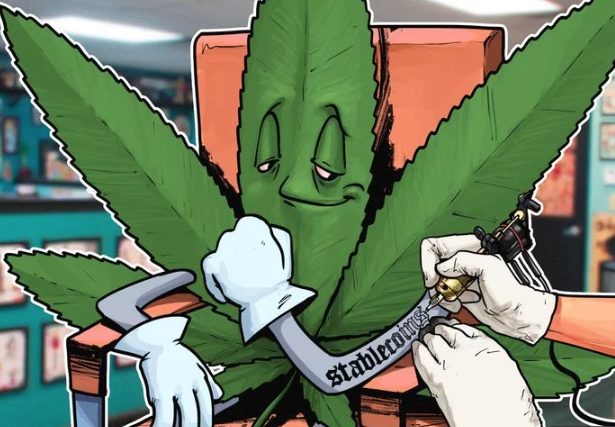 Lawmakers in the United States state of California have introduced a bill to allow cannabis-related business to pay fees and taxes in stablecoins. The bill was introduced by the California State Assembly on Feb. 21. 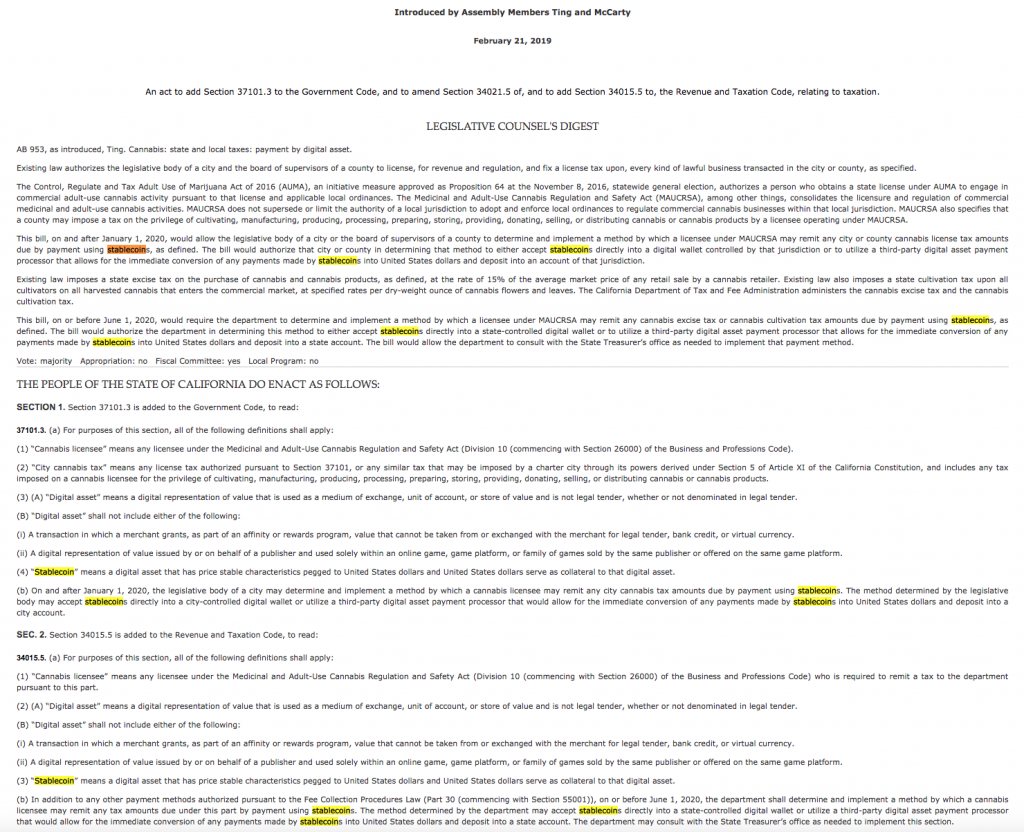 Assembly Bill 953 would allow the state, city and county tax offices in California to accept stablecoins — cryptocurrency pegged to a physical asset or a fiat currency — from cannabis-related companies seeking to pay their excise or cultivation taxes, with effect from Jan. 1, 2020. The bill further reads:

“The bill would authorize that city or county in determining that method to either accept stablecoins directly into a digital wallet controlled by that jurisdiction or to utilize a third-party digital asset payment processor that allows for the immediate conversion of any payments made by stablecoins into United States dollars and deposit into an account of that jurisdiction.”

Cannabis has been legalized in several states in the U.S. However, cannabis businesses have difficulty securing simple financial services from banks, the vast majority of which are secured by the Federal Deposit Insurance Corporation (FDIC), and are thus prohibited from servicing an industry that is still deemed illegal under federal law.

Cannabis dispensaries can hold hundreds of thousands of dollars in cash at any given time. The bill is apparently an attempt to curtail the vast amounts of cash that end up in state tax offices and need to be processed. California State Treasurer Fiona Ma recently testified before the U.S. House Committee on Financial Services regarding the tax collection process for cannabis businesses. She stated:

“Duffel bags and sometimes suitcases of cash would arrive quarterly at some of our designated offices and some business owners had to drive 350 miles to pay their taxes.”

In 2017, the Dash network began implementing Dash as a payment option in the cannabis industry’s point of sale devices. In doing so, Dash reportedly aimed to save the industry 10-15 percent, as the decreased flow of paper money will stymie the need for cash boxes, safes and guards.

Other U.S. states have also introduced bills that would allow tax payments in cryptocurrency. In January, legislators in the U.S. state of New Hampshire proposed a bill to accept Bitcoin (BTC) for state payments. “This bill requires the State Treasurer […] to develop an implementation plan for the state to accept cryptocurrencies as payment for taxes and fees beginning July 1, 2020,” the document reads. 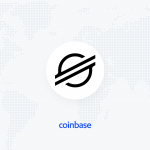