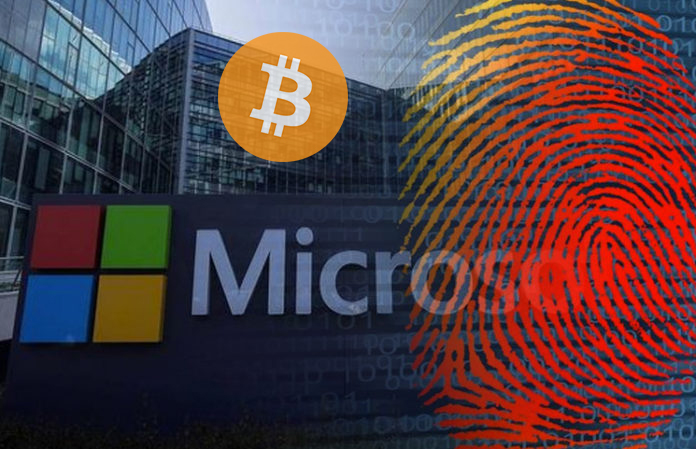 According to a report by Coindesk, Microsoft is launching one of the first decentralized digital identity/signature infrastructure implementation by a major tech company that is built directly on the Bitcoin blockchain.

The open source project, called Ion, deals with the underlying mechanics of how networks talk to each other. For example, if you log onto Airbnb using Facebook, a protocol deals with the software that sends the personal information from your social profile to that external service provider. In this case, Ion handles the decentralized identifiers, which control the ability to prove you own the keys to this data. Users essentially establish a “digital identity” or “signature” or s sort, with attestations, which enable seamless interaction with Bitcoin, the blockchain, and potentially other cryptocurrencies via an interoperable setup.

Projects working on something similar would be Ontology and EOS.

Christopher Allen, a crypto veteran and the co-founder of the World Wide Web Consortium (W3C) working group for decentralized identity (DID) solutions, told CoinDesk that Microsoft’s move could impact the entire tech industry.

“A lot of enterprise infrastructures use Microsoft products,” Allen said. “So if they integrate this into any of their infrastructure products, they’ll have access to DID.”

Indeed, Yorke Rhodes, a program manager on Microsoft’s blockchain engineering team, stated that Microsoft’s team has been working for a year on a key signing and validation software that relies on public networks, like bitcoin or ethereum, yet can handle far greater throughput than the underlying blockchain itself.

Underscoring the fact that Microsoft was a founding member of the Decentralized Identity Foundation, Rhodes said:

“There are systems that we have at Microsoft that give you permissions in an enterprise context, a product called Active Directory, that we think need to be able to recognize these DIDs as well.”

He added such infrastructure products and services related to Azure are among the Microsoft’s most popular offerings. This tiny piece in a giant machine, then, could have far-reaching impacts.

Meanwhile, an anonymous source with knowledge of Microsoft’s project said that Ion will shift from using bitcoin’s testnet to the bitcoin mainnet later this year. As such, any tech-savvy observer could run a node and contribute to this project.

“To have Microsoft say they are not scared of bitcoin, and in fact, it has some very good properties and we are willing to take advantage of those properties, is, I think, a step in the right direction.”

Difference between a DID and the current infrastructure

Yet Facebook, in particular, may not align with Microsoft’s approach.

CoinDesk also reported that although Facebook has been invited to participate in Microsoft’s DID projects and community efforts, so far the social media company has declined and instead continued to follow its historic approach to user data.

In contrast to the allegations that Facebook is taking a different direction with its project, both ConsenSys and Microsoft are opting to make open source initiatives core pillars of their respective business models.

“If we can create certain standards it will help the system to build up faster, and that’s good for all of us,” Heck said. “The different products we have are all useful across the space and not built into some proprietary niche.”

Rhodes agrees with this approach, saying that engaging with the open source ecosystem serves Microsoft’s business objectives. He said the “philosophy of consumer ownership and consumer centricity” are core principles for designing Microsoft’s software going forward.

Allen said he hopes a sense of public responsibility will continue to be viewed as a competitive advantage – especially as Microsoft Azure goes head-to-head with Amazon Web Services for cloud market share.

“You could have a service that is in the cloud hosted by Microsoft Azure, but is absolutely secure because everything in it is encrypted with your keys that you control and everything that run under your authority, even though it’s in the cloud,” Allen said.

In Rhodes’ opinion, current experiments with blockchain technology are comparable to Microsoft releasing Windows 95 in decades past, which helped boost mainstream internet usage through a consumer-oriented operating system.

“Networking stacks were very tied to logins to existing networks,” Rhodes said of the pre-Windows 95 internet. “Like that, I think [Ion] is pretty significant.” 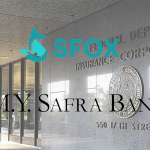