The NEO and the Ontology foundations have signed a Memorandum of Understanding (MOU), May 14th. The Memorandum concerns the key cooperation areas and shared resources between NEO and Ontology, including some joint initiatives.

A MOU (Memorandum of Undertanding) has recently been signed by the NEO and Ontology foundations signaling progress in these two powerhouse projects that have been in the spot light in recent months. The price run up alone between NEO ($67.15 as of writing this) and ONT ($7.87 as of writing this) has had many people talking in the cryptospace.

What’s In The Memorandum?

Key points such as the differences and similarities between Ontology and NEO are outlined in the memorandum. Similarites include the cooperative technical understandings and vision between the two projects. Similarities between the projects include both platforms using NeoContract and the NeoVM, both utilizing a dual token economic model to fuel and govern their networks (NEO for governance, GAS for network fees on NEO; ONT for governance, OTG for network fees on Ontology), and both systems supporting the development of decentralized applications. Ontology is part of NEO’s ecosystem as ONT being provided technical support by Onchain. Onchain has been co-founded by NEO founders Da Hongfei and Erik Zhang, along with Jun LI of Ontology. As NEO’s ecosystem continues to grow, Ontology’s value should grow along with it.

Ok, So What Are The Differences Between Ontology And NEO?

Although similar, the two projects have some notable differences as well. The difference between NEO and Ontology is in their strategic focuses for application development. Although NEO and Ontology are both open source, public blockchains, Ontology will also create private chains for businesses and entities in the public sector, while NEO is purely designed to be a public chain. This is the biggest difference between the two projects. Private chains allow entities to store their information with higher privacy and regulatory compliance, and can be connected to other blockchains through cross-chain protocols. This difference creates multiple real-world use cases that will be applicable in business settings.

NEO and Ontology’s vision and focus are different but retain some slight similarities. NEO’s vision is to create a Smart Economy with a public blockchain, focusing on digital assets, digital identity, and publicly developed dApps. The Ontology network is also public, but will create private blockchains for business and will connect blockchains to each other, and this is its key difference to NEO.

NEO and Ontology will cooperate to create a smart contract ecosystem, and support the development of NeoVM and NeoContract, as well as collaborate on developing smart contract open standards. Both parties will also provide standardized technology interfaces like APIs and SDKs and share development achievements and research results. Additionally, both will progress with cross-chain research, with the end goal of producing integrable MainNets.

The foundations will move forward with a joint funding initiative. The funding will be allocated for academic research exploring blockchain technology development, including algorithm, cross-chain protocols, and formal verification.

Want to read the full memorandum? The full MOU can be read by clicking the link below:
https://neo.org/blog/details/3079 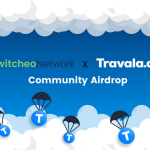 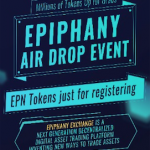