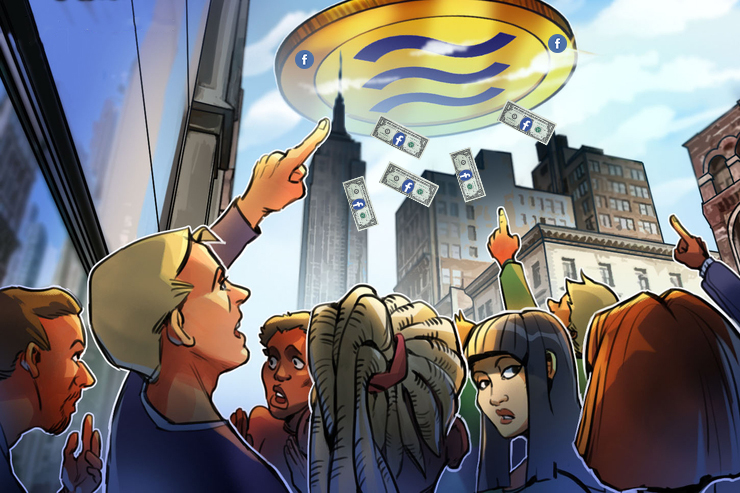 U.S. lawmakers are formally calling on Facebook to cease all development of its Libra cryptocurrency in a new letter sent to executives at the social media giant.

Democrats from the U.S. House of Representatives wrote an open letter to Facebook Tuesday, calling on a moratorium to all libra development while the Financial Services Committee and affiliated subcommittees hold hearings to determine how it would operate and what protections would be implemented to protect user privacy.

Waters has repeatedly called on Facebook to pause development of libra, though this is the first time she has done so as part of a formal letter to the company.

The letter described concerns with Facebook’s track record, a well as the potential for libra to act as a new global currency system.

“It appears that these products may lend themselves to an entirely new global financial system that is based out of Switzerland and intended to rival U.S. monetary policy and the dollar. This raises serious privacy, trading, national security, and monetary policy concerns for not only Facebook’s over 2 billion users, but also for investors, consumers, and the broader global economy,” the lawmakers wrote, adding:

“While Facebook has published a ‘white paper’ on these projects, the scant information provided about the intent, roles, potential use, and security of the Libra and Calibra exposes the massive scale of the risks and the lack of clear regulatory protections. If products and services like these are left improperly regulated and without sufficient oversight, they could pose systemic risks that endanger U.S. and global financial stability. These vulnerabilities could be exploited and obscured by bad actors, as other cryptocurrencies, exchanges, and wallets have been in the past.”

The letter references recent privacy issues involving Facebook, including the Cambridge Analytica scandal, where a political consulting firm gained access to the data of more than 50 million Facebook users. Facebook is already expecting to pay a $5 billion fine to the Federal Trade Commission as a result of its involvement with Cambridge Analytica, and remains under a consent decree “for deceiving consumers and failing to keep consumer data private.

“Because Facebook is already in the hands of a over quarter of the world’s population, it is imperative that Facebook and its partners immediately cease implementation plans until regulators and Congress have an opportunity to examine these issues and take action,” the letter said. “During this moratorium, we intend to hold public hearings on the risks and benefits of cryptocurrency-based activities and explore legislative solutions. Failure to cease implementation before we can do so, risks a new Swiss-based financial system that is too big to fail.”

Libra was first unveiled in June, though the social media giant was rumored to have been developing it for months. The company lined up 27 launch partners, including crypto exchange Coinbase, and intends to have at least 100 members for the Libra Association, which will act as the cryptocurrency’s governing council, when the token goes live.

The House Financial Services Committee has already scheduled a hearing to examine libra on July 17, a day after the Senate Banking Committee is set to hold its own hearing.

Since the project’s formal announcement, regulators and government entities worldwide have expressed caution or alarm, with members of the G7 forming a task force to look into the project and various ministers calling for Facebook to share more details, or otherwise cease development.

The letter comes days after Facebook reportedly briefed Congressional aides about the project.

In a contributed piece to liberal political and public policy magazine The American Prospect, an anonymous House Democratic aide wrote that the legislative aides met with Libra’s head of policy (left unnamed, but presumably Dante Disparte), who outlined different aspects of the project, including Facebook’s aim to have libra go live by next year and to maintain its value using a basket of fiat currencies.

According to the Prospect article, Facebook’s representatives “kept suggesting” that the 2020 launch target was “prolonged,” meaning conservative, though other participants in the room did not agree with this assessment.

Other topics ranged from how libra would be regulated – “Facebook said that they assumed the FTC (Federal Trade Commission) or the CFPB (Consumer Financial Protection Bureau) would regulate Libra” – to how exactly the stablecoin’s peg would operate.

“They kept selling Libra as a means of providing banking services to 1.7 billion unbanked people around the world. When challenged on how they were going to do that, and asked directly whether they’d figure out how exactly a digital currency would be an answer for people who can’t access credit currently, they said, ‘The short answer is no.’ The phrase ‘the miracle of blockchain’ was used at one point.”

Sensitive data
The Congressional staffers present at the briefing also apparently asked what information Facebook would have if users transferred libra using WhatsApp or Messenger, two of the instant messaging apps Facebook owns and operates.

“We were assured that … Facebook would not access specific information about [users’] transactions beyond that they were interested in or using Libra,” the author wrote. “That would, of course, be enough information to know a lot more about the users.”

Staffers were also concerned with how Facebook could prevent its governing council partners from colluding with each other, though the response appeared to be that “the partners were well aware of the ‘reputational risks’ they might incur should they violate privacy laws, etc.”

“It was also pointed out that some of the partners are direct competitors, as if that has ever prevented them from colluding in the past,” the aide wrote.

Blockchain and cryptocurrency truly is revolutionary and US regulators are seemingly finally starting to given the “it’s a scam” nonsense has finally fizzled out,